On June 26th, two major decisions came at the end of the Supreme Court term – Trump v Hawaii travel ban, and California Reproductive FACT. Several different groups were in front of the Court as the decisions were announced.
Pro-life and pro-choice groups were demonstrating peacefully. 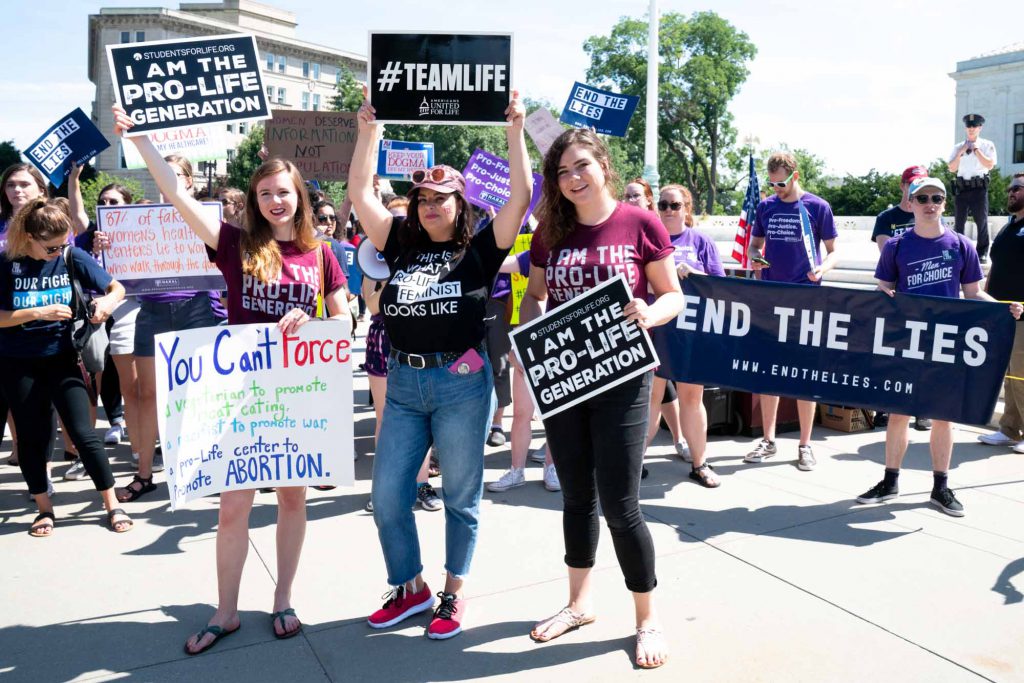 In the middle of the sidewalk, an organized rally of older white men were protesting on the anniversary of Obergefell, wanting the decision to be reversed, and some of them were claiming that a higher law compelled them to override the opinions of the Court, and then went on to more hateful speech. In back of them, a number of people from the Human Rights Campaign stood quietly with flags. 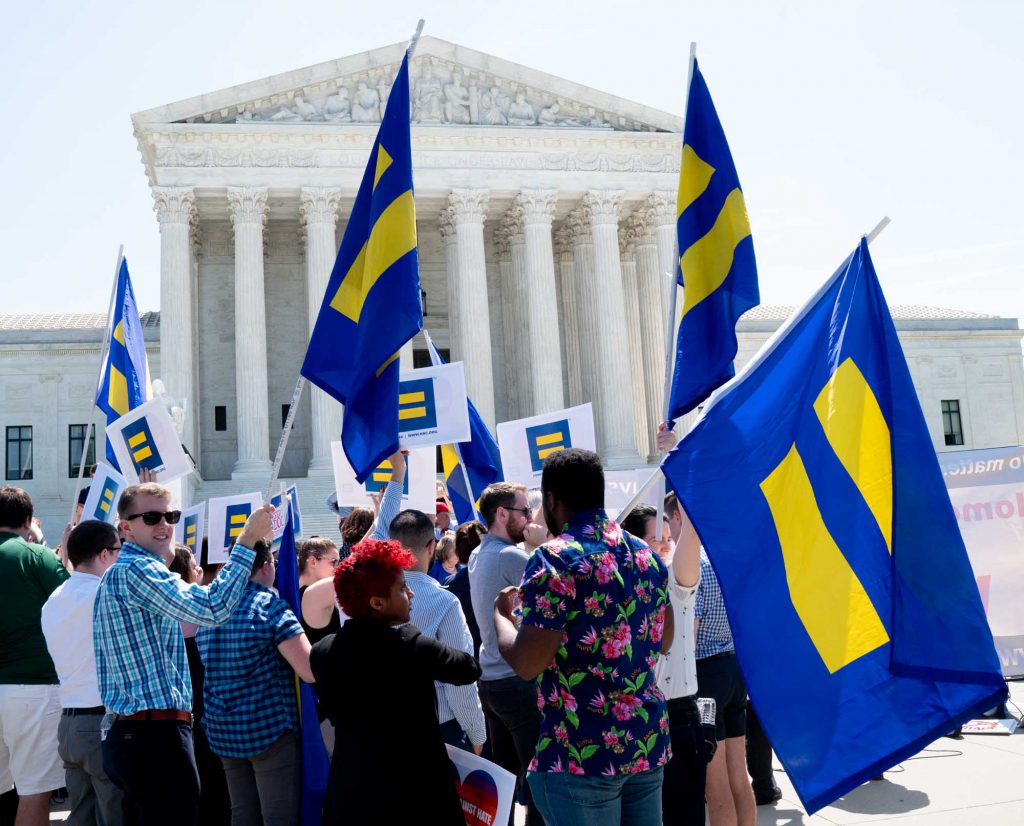 There were a number of people protesting against the travel ban decision, but the main rally was scheduled for later in the morning, so when I took these photos, the crowd was just beginning to gather: 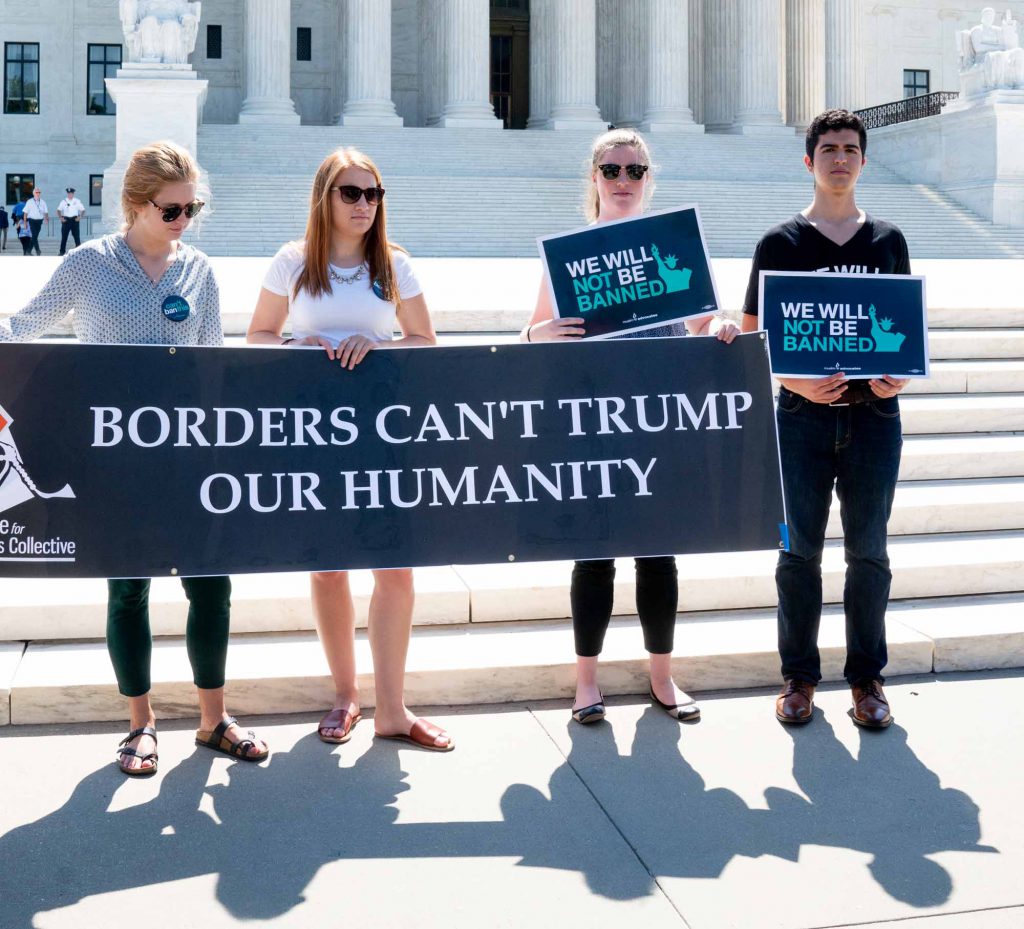 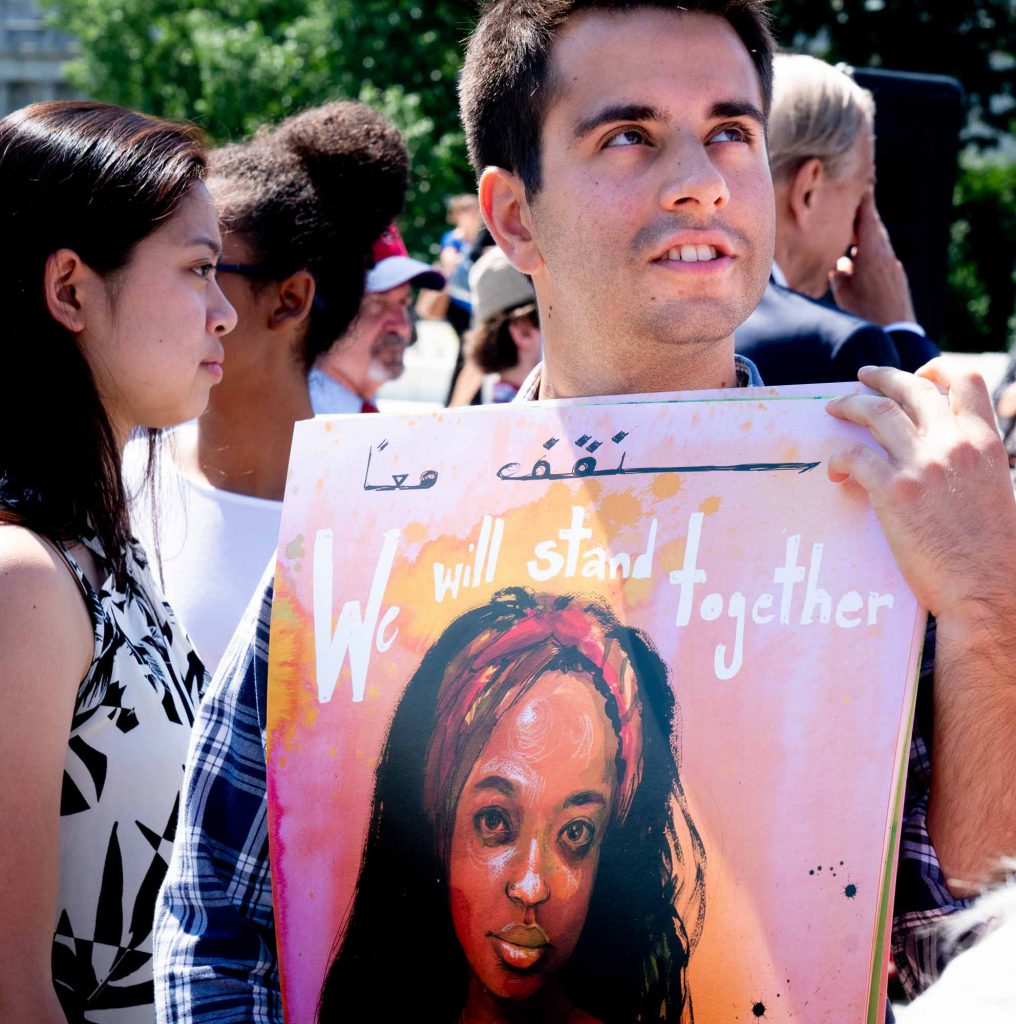 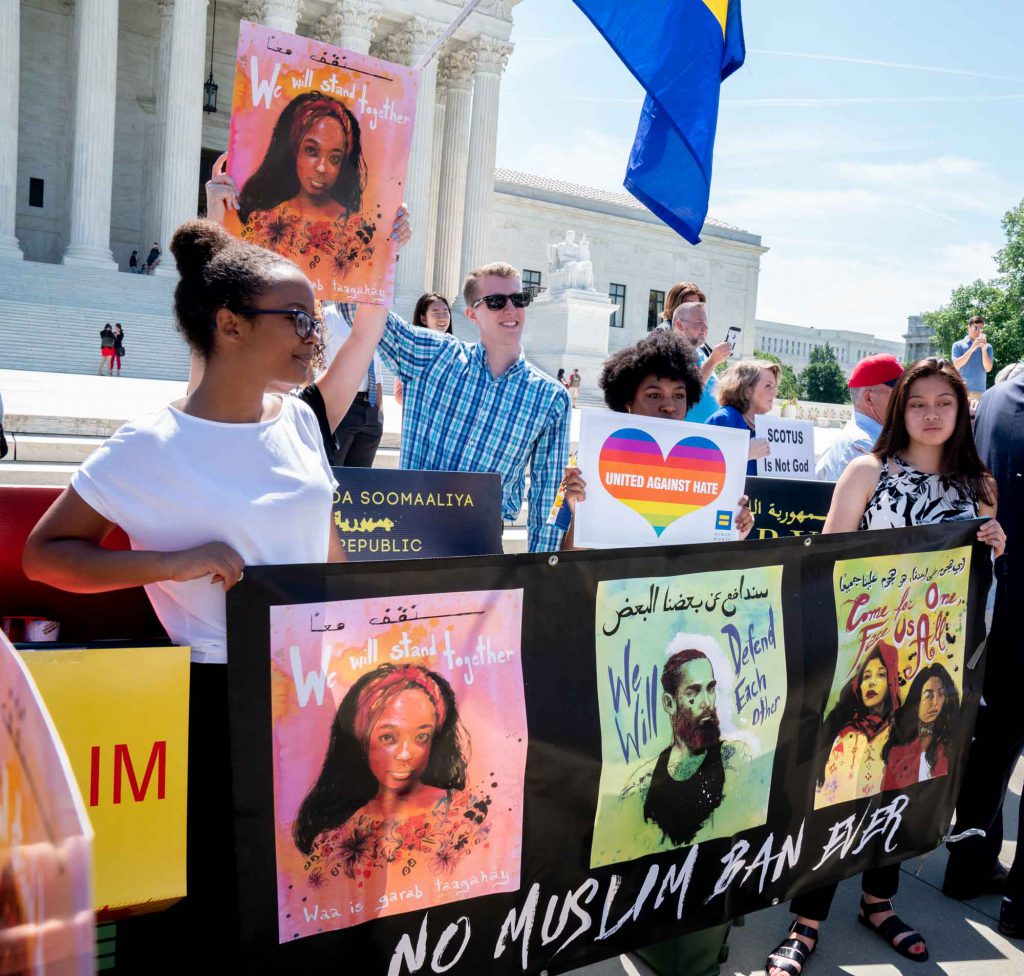 On one side, a priest had brought several children to speak. All of their fathers had green cards, and were in the process of being deported because of violations many years in the past. It was unbearably sad to listen to them, but also critical to hear and face the pain that our society is imposing on these children and families. 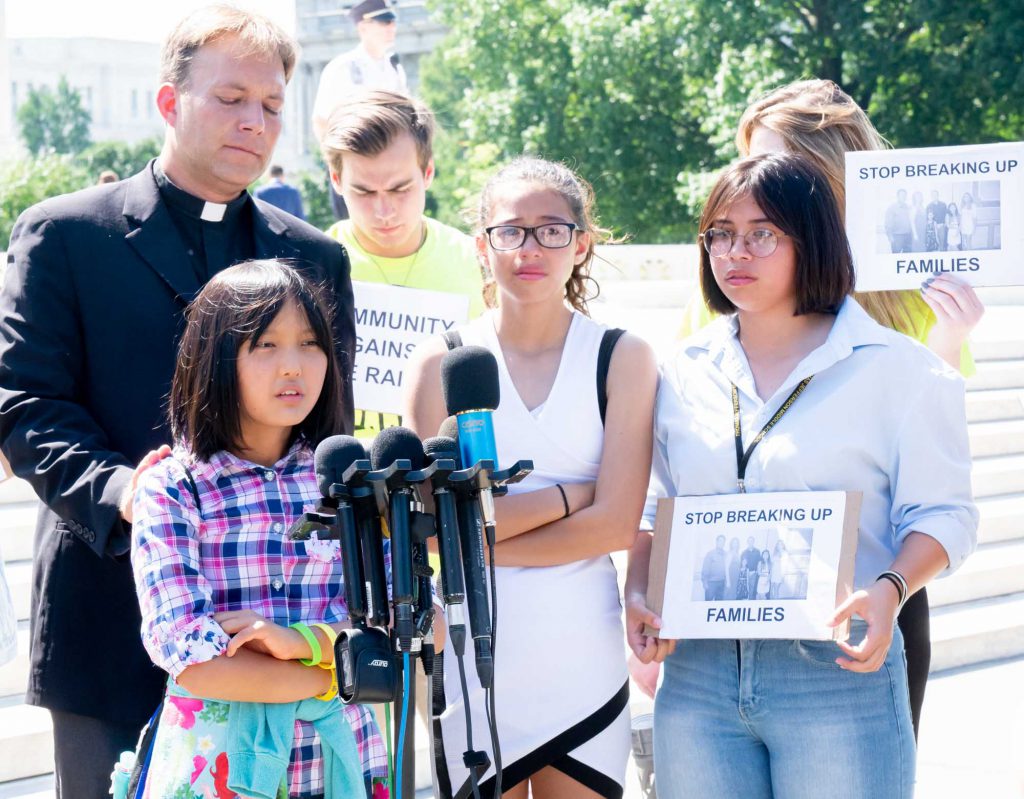 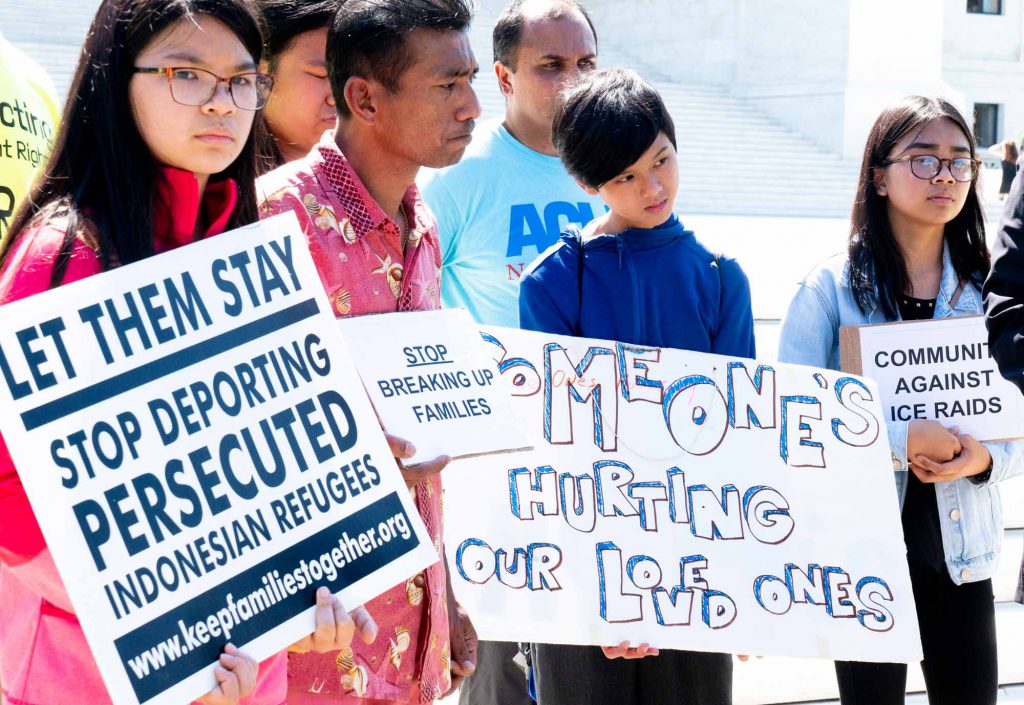 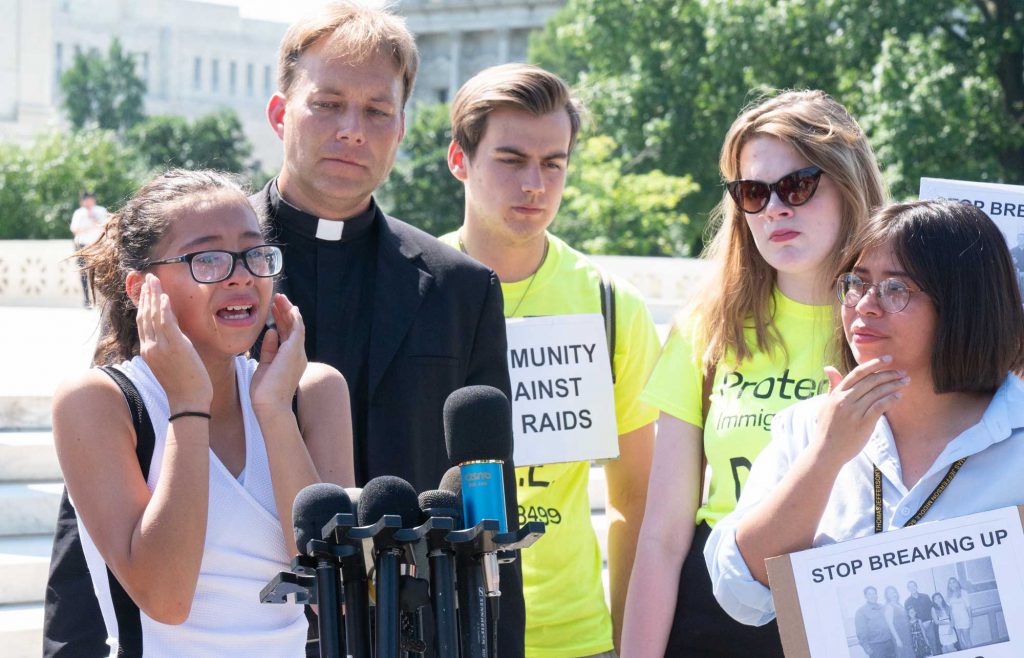 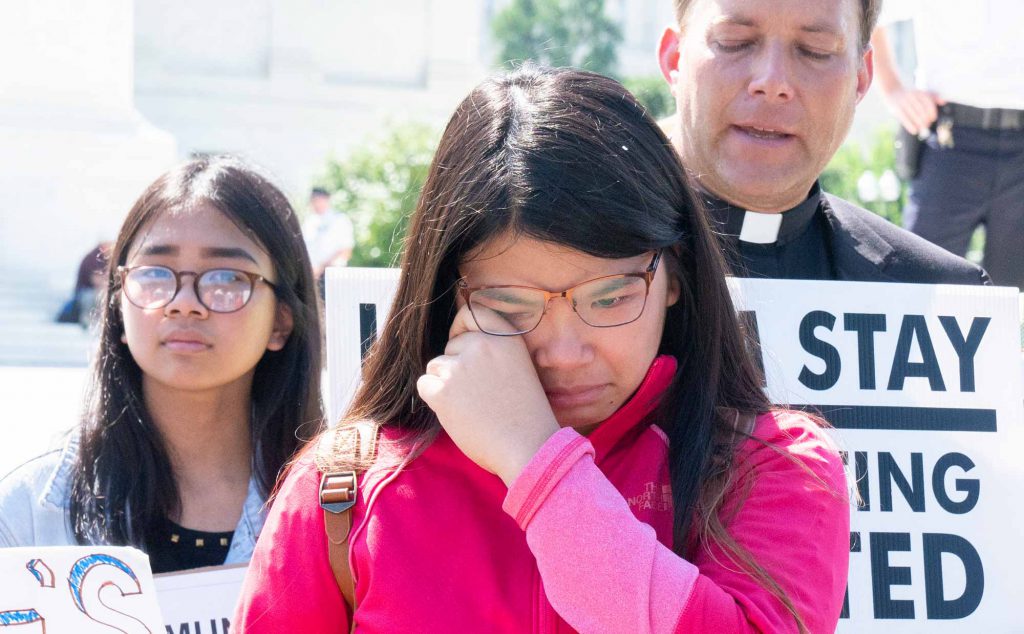