I was lucky to get invited to an on-stage tour of Ford’s Theater production of Death of a Salesman, as well as getting to see the play the night before. Fantastic acting of a classic play. It was really interesting to see how the staging creatively made use of the small stage of the historic theater.

There was just a single set, with the action switching between the bedrooms on two upper levels and the living space on the stage level. One of the details I found the most interesting was the use of the same bedroom for Willy and his wife, and for Willy’s hotel room with his mistress. 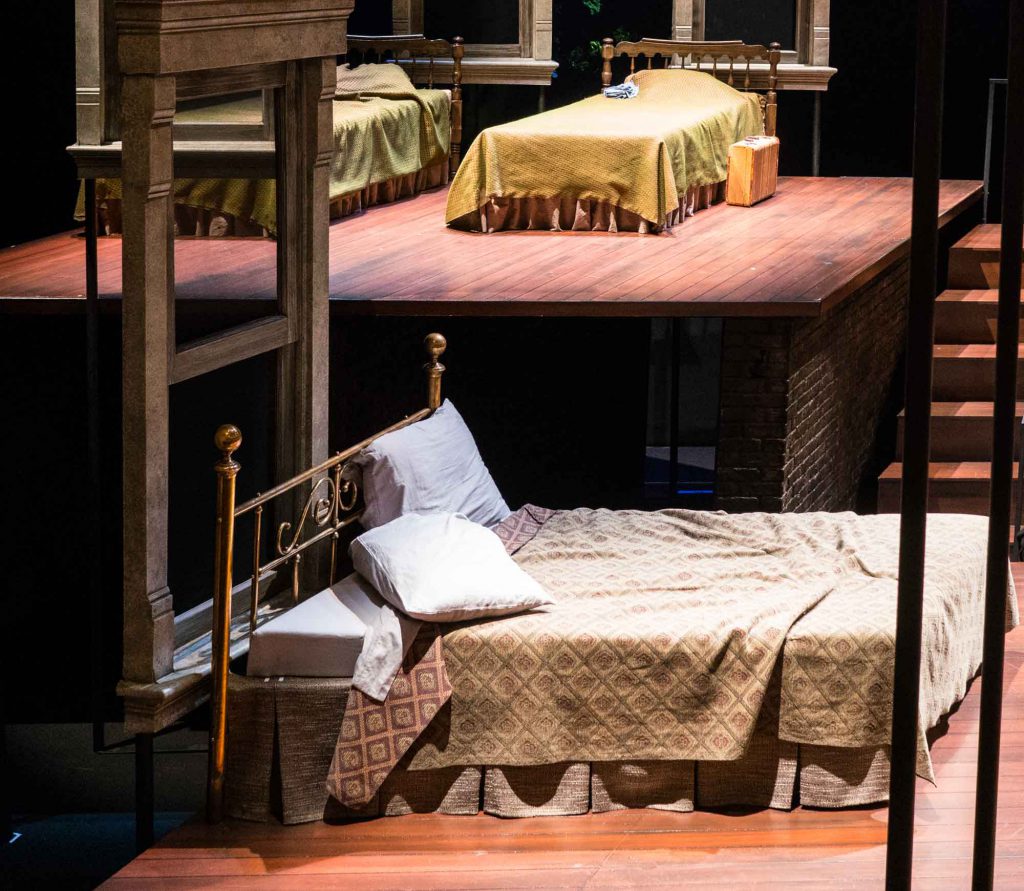 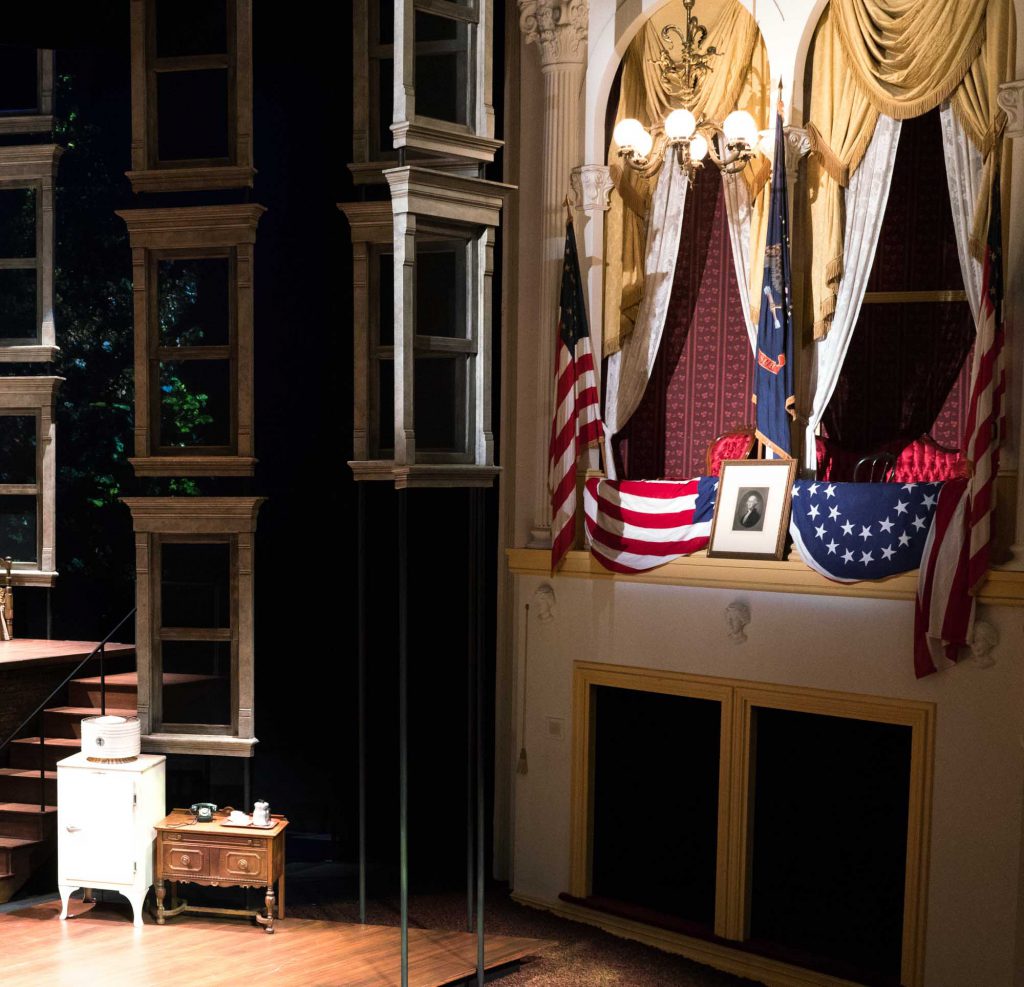 The backdrop was a looming facade of windows, representing how hemmed in the house was getting as apartments were built around it. A small white house appeared to represent their dreams of what it means to own a home. 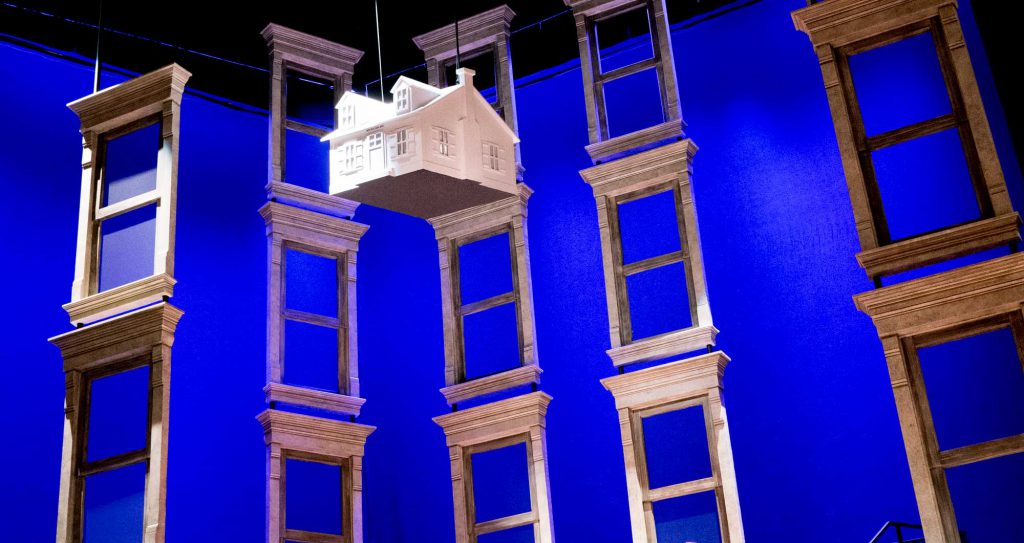 The backdrop could change colors controlled by a color wheel on an iPad, and the lighting manager let us try out different colors: 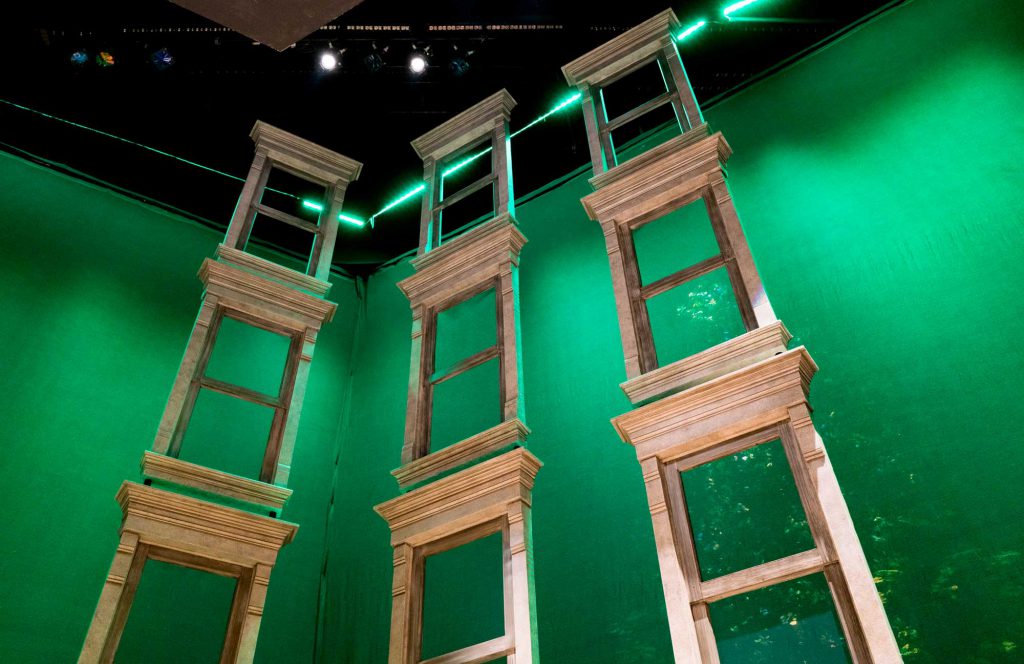 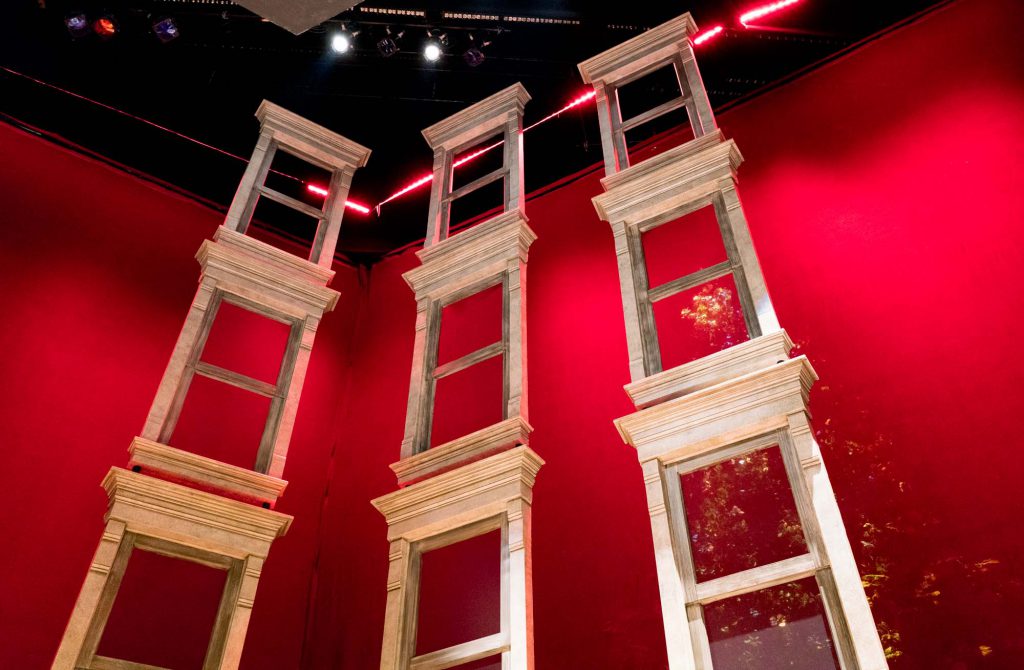 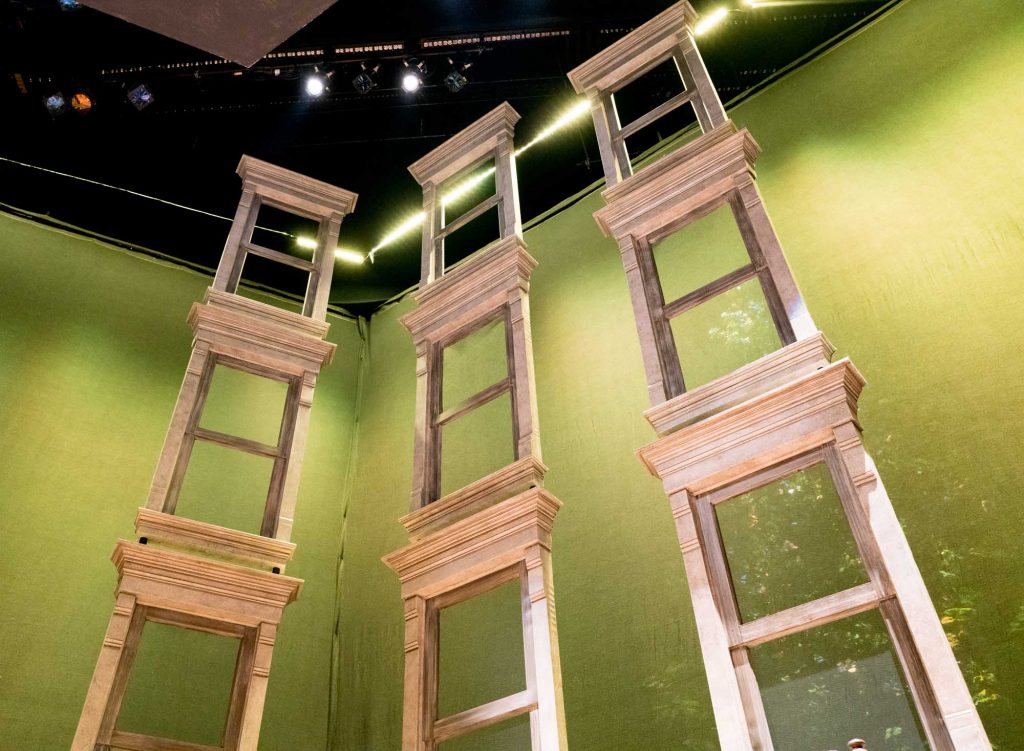 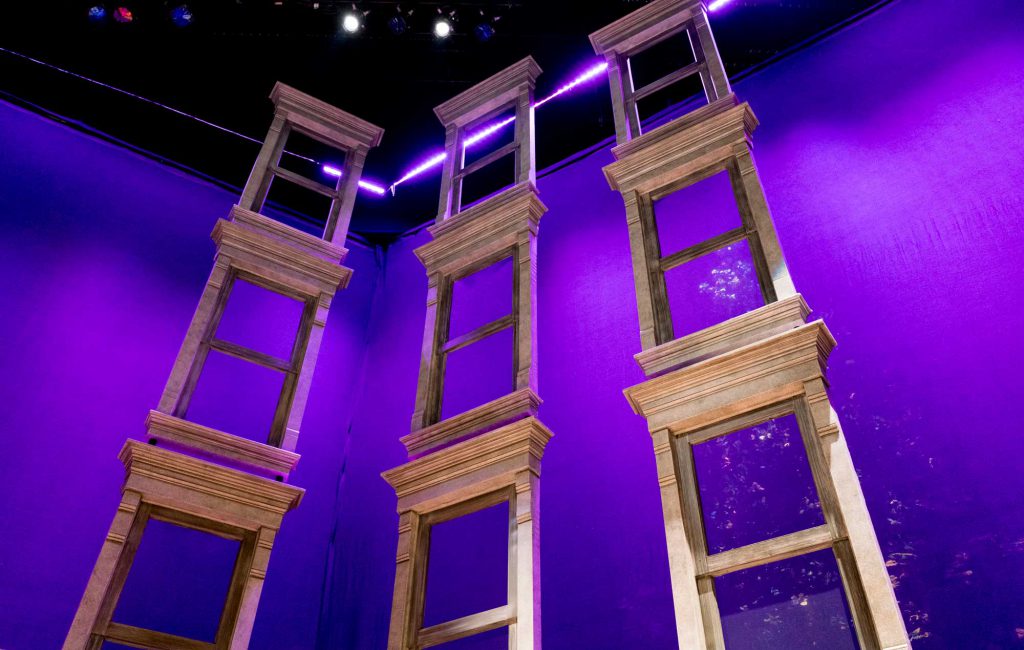 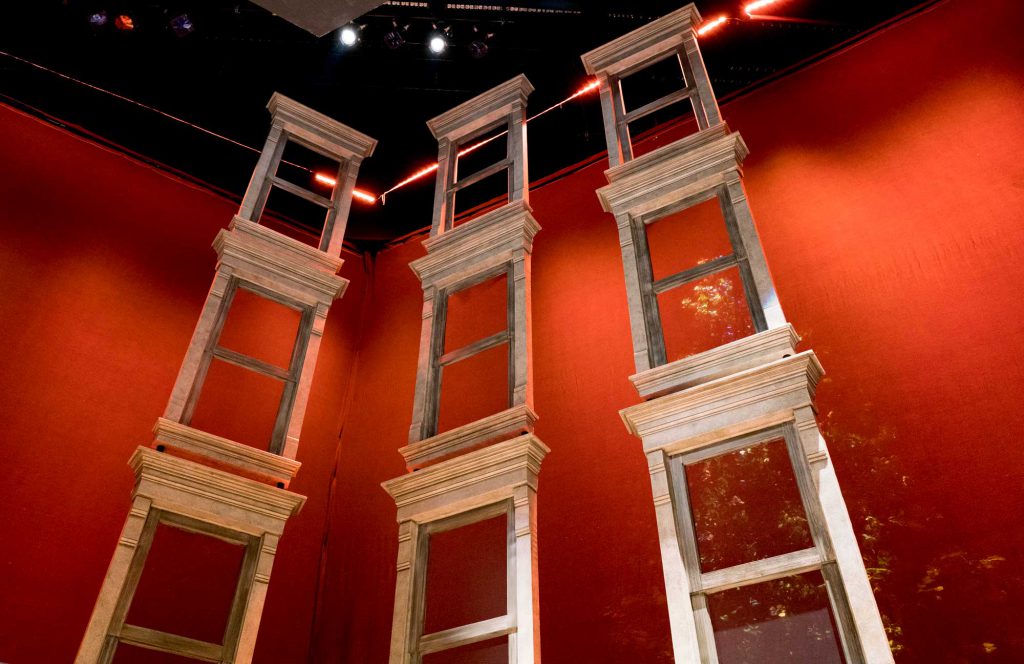