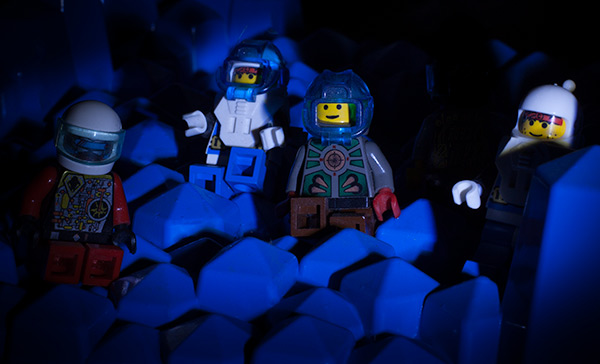 This image was shot in a dark room, using a flashlight that had multicolor light.  For a few seconds, the scene was lit by the blue light from the flashlight, then with a quick burst of white light directed toward the middle of the scene.  I held the flashlight in one hand and a camera release with the camera on bulb mode in the other hand.

What I found was that it took a lot of tries to get something that was lit enough but not too much.  The main issue was that the flashlight beam was large in relation to the scene.  Next time I try this, I will either use a larger scene or modify the flashlight so that the beam is smaller, so that the light can be more selectively applied across just certain parts of the scene.